Rhodes is a blessed place, showered by sunlight and surrounded by the sea’s deep blue in shades which astound you. In Greek mythology it is known as the Sun God’s favourite island. He won it after Zeus’s and other Olympian gods’ victory over the Giants and Titans. Rhodi, the daughter of Oceanos/ Oceanus  and wife of the Sun God, was worshipped on the island with the name  Alia and Lefkothea.
With the island’s natural beauty its ancient history is also documented from the Neolithic Era with the Kares, the Phoenicians and the Minoans from Crete as its first inhabitants.
Later the Mycenaean Achaean and the Dorians. In ancient times they were divided into three well known city states: Lindo, Camiro and Ialiso. In 408 B.C. the city of Rhodes was founded. Simultaneously, significant names arose like Kleovoulos, one of the seven wisest men of ancient times and Diagoras, an Olympic champion of several consecutive Olympic Games.

In the Macedonian and Greek times, and later under the influence of Prolemeon Egypt, Rhodes continued to flourish. The Colossus of Rhodes, one of the seven wonders of the ancient world, was erected in honor of the victory against the Macedonian general Demetrios of the siege.
In the Byzantine years it was one of the most commonly raided islands. The Persians, the Saracens and the Crusaders caused great damage to the islands. From 1309 to 1522 Rhodes was under the occupation of the knights of the Order of St. John, and it became an important economic and cultural center for the Easter Mediterranean. At that time the Medieval City of Rhodes was built. In 1522 Rhodes submitted to the Turks and in 1912 to the Italians. In March of 1948 Rhodes and all the Dodecanese (a 12 island complex) became one with Greece. 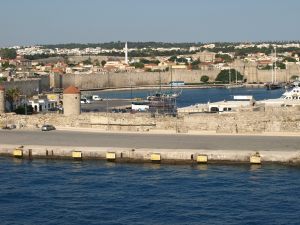 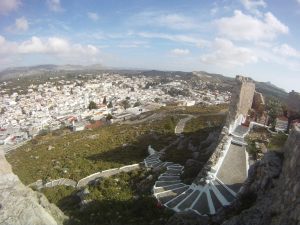 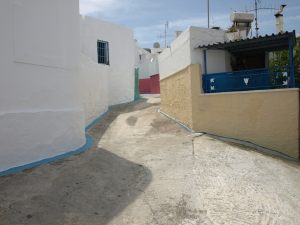 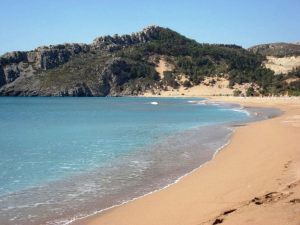 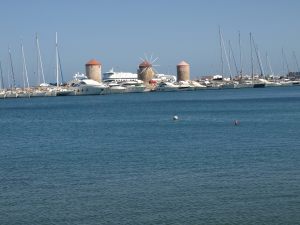 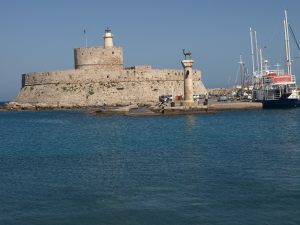 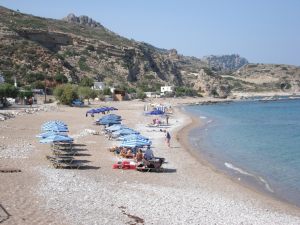